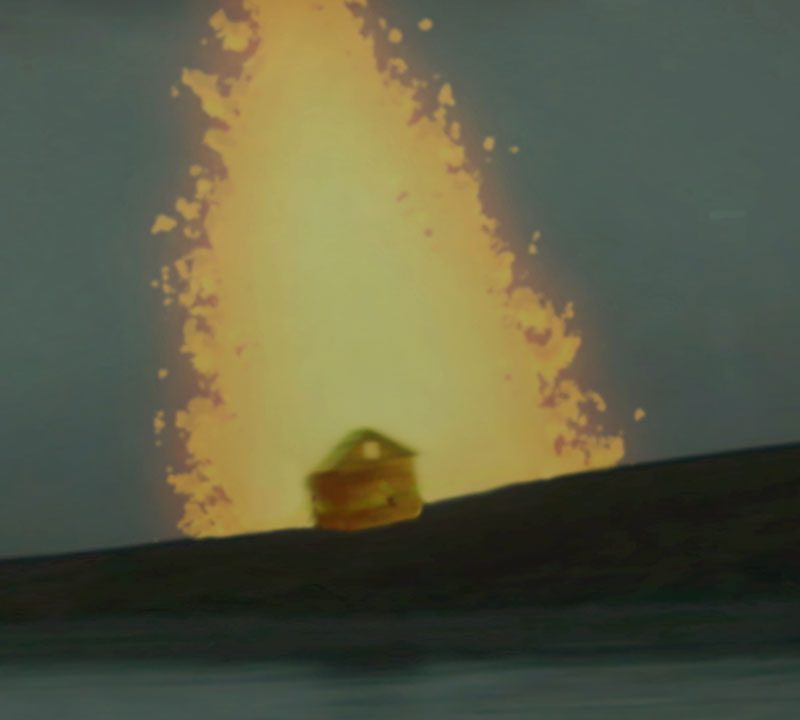 Short film inspired on the album Path of totality by Quinsin Nachoff.

Internationally acclaimed composer and saxophonist Quinsin Nachoff has commissioned six cutting-edge filmmakers to create original work in response to his new recording Path of Totality out February 8, 2019 via Whirlwind Recordings. The recording features Nachoff’s remarkable ensemble Flux which thrives in the space between genres, styles and inspirations.

Nachoff asked each filmmaker to create an artistic response to miniature versions of individual tracks from the CD.
“I wanted to do something different than a music video and I’ve always loved animation and film. The compositions on this recording are very expansive and cinematic in scope; they lend themselves well to a creative visual. I provided each filmmaker the background inspirations for their piece and gave them a lot of freedom in their approach. It’s been fascinating to see how each of them interprets the music – both the differences and similarities!” 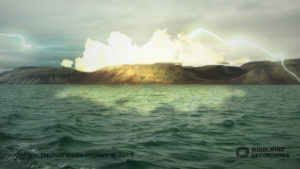 When Quinsin and I first talked about the design and mood for a short film for one of his tracks we had similar thoughts about creating a nordic atmosphere. The mystic of the arctic, the half time between the sun and the moon, mist, water and mountains all seemed to connect with one or the other of his tracks. The choice fell on Splatter, like all the tracks it has a storyline hidden within, but the quirky beginning had a sense of character that I could work with. The build up of the track, even within 2 minutes, brings about an energy that moves and disturbs. Starting with very distant sounds it’s almost like a world is waking up, we are slowly traveling towards a land that’s gaining strength and speed and turning into a chaotic whirlwind of elements. The pace of the music was my guidance in what the shape of events was going to be. I was picturing a distant foggy world divided into two horizontal sections that come clearer and closer to one another during the film, while player of animation would bring life to the edit. At the time we started our collaboration, I was about to take a photographic journey with sailing vessel Noorderlicht in the area of Spitsbergen. This brought about the opportunity to shoot footage in the arctic for our film. With that horizontal approach in mind I collected images that have just that: a horizontal split right in the middle of the screen. Back home the music track of Splatter dictated the edit and the ideas for a layer of animation started to grow. This intuitive approach gave birth to small wobbly creatures that live on the edge of reality and fantasy, old and new. The film, to me, feels like we are witnessing the end of one world and the birth of a new.

Quinsin crossed my path through our mutual friend viola player Oene van Geel, and I am glad he did. His music is diverse, difficult, daring, and above all, very inspiring. What he has boldly decided to do, to commission 6 film makers to create 6 art tracks fitting to his music is a great example of a modern, global approach for creating art. Even though I never met Quinsin in person yet, we have been able to find common ground in a visual and musical rhythm that feels like the beginning of a long friendship and hopefully inspires other artists to find similar collaborations.

About Flux and Path of Totality

Neither Toronto nor New York, the two cities that Nachoff calls home, offered prime viewing conditions as the moon eclipsed the sun in August of 2017. But Nachoff, who has long drawn inspiration from the scientific wonders of the universe, couldn’t help but be moved by this rare astronomical phenomenon – and to find a degree of solace in it. In the Path of Totality could be found hope that this, too – whatever “this” might be in the moment, whether political, personal or environmental – will indeed pass. At its foundation Flux is a quartet, though at times on Path of Totality a quintet and sometimes more, employing a vast array of instruments and a vivid palette of musical colors to create something that is consistently surprising as its shape morphs from moment to moment over the course of these six epic-length pieces.

In saxophonist David Binney, Nachoff has a frontline partner with a keen-edged tone and a refined ear for texture, having integrated electronics into his own work as an artist and a producer that expand and mutate his sonic environments. Matt Mitchell is a rigorous boundary pusher, a pianist and composer who astutely avoids obvious choices in favor of pressing fervidly into the unexplored. Kenny Wollesen couples a similarly adventurous instinct with a passion for the playful, as reflected not only in the eccentric arsenal of invented instruments known as “Wollesonics” but in the buoyant swing he maintains even in his most complex and abstract rhythmic excursions. The new addition this time out is Nate Wood, who alternates and at times shares the drum chair with Wollesen, lending the band an urgency and avant-rock propulsion familiar from his work with Kneebody. While that combination of voices would offer a wealth of possibility for any composer, Nachoff was handed an even larger palette by Canada’s National Music Centre, a non-profit organization dedicated to promoting Canadian music through exhibitions, performances and educational programs. As one of the NMC’s first Artists-in-Residence, Nachoff was granted access to the Centre’s extensive keyboard collection, an enormous resource of both acoustic and electronic instruments. Raised in a household where electronic music was not only heard but composed, Nachoff has long been spurred to follow his own, more acoustic path, but the NMC’s collection proved too tempting to resist. Both Mitchell and producer David Travers-Smith have a field day with the array of instruments. 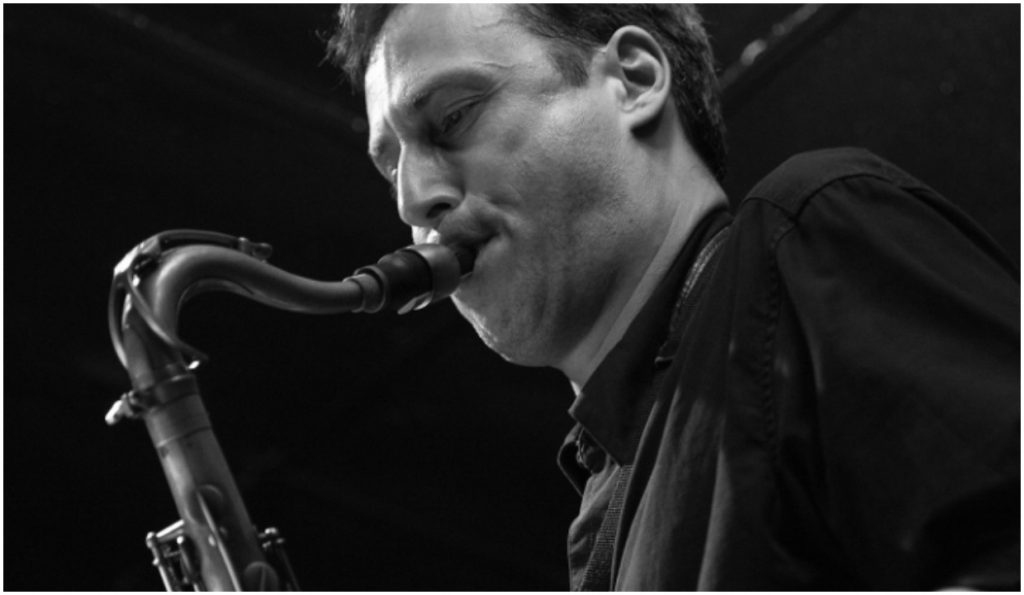 NYC-based saxophonist and composer Quinsin Nachoff has earned a reputation for making “pure, bracing, thought-provoking music” that is “cliché-and convention-free” (Ottawa Citizen). Since moving from his native Toronto to New York City, Nachoff has made a habit of freely crossing borders: his music moves fluidly between the jazz and classical worlds and manages to be soul-stirring at the same time that it is intricately cerebral. His passions reach into both the arts and the sciences, with concepts from physics or astronomy sparking inspiration for exhilarating compositions. As a saxophonist, Nachoff’s playing has been described as “a revelation… [p]arsing shimmers of Sonny Rollins, Wayne Shorter and Mark Turner” (DownBeat). He was a semifinalist in the renowned Thelonious Monk Jazz Saxophone Competition and has been nominated for numerous Canadian National Jazz Awards. His diverse ensembles include Flux, the Ethereal Trio, Horizons Ensemble and FoMo quartet as well as the Pyramid Project.

Photo of Quinsin by Evan Shay