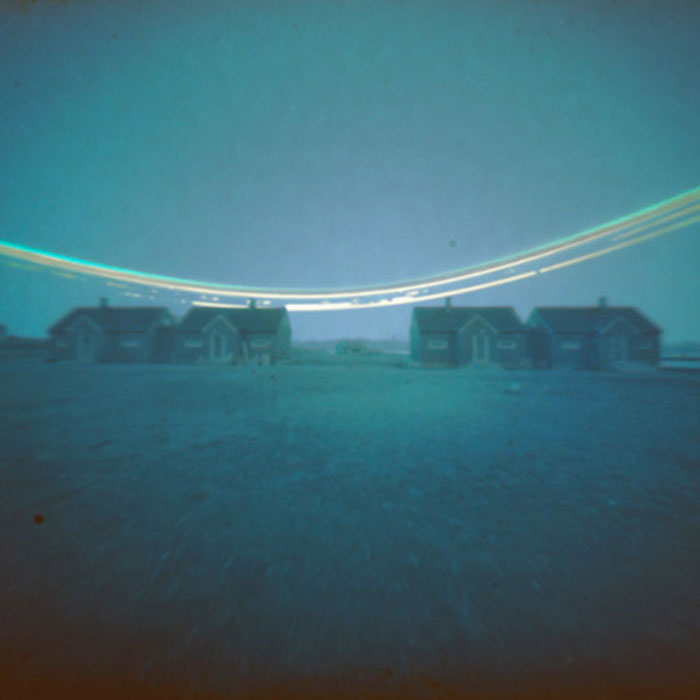 Translating a scientific expedition into a photo series

In 2015 I participated in the Netherlands Scientific Expedition Edgeøya Spitsbergen (SEES) as an artist in residence. Scientists returned to the uninhabited island Edgeøya, a place that had been researched 50 years ago. By comparing data science can learn about the impact of humans on this place and gather knowledge about climate change.
I wanted to work with time as a theme and asked myself whether I could capture a longer period of time in one image. Pinhole photography was a technique that proved very useful. I was particularly interested in solargraphy, a way to record the sun’s tracks while she passes over the arctic landscape. Combining solar tracks with the architecture of Spitsbergen and Edgeøya would deliver a powerful, mystic image of human presence in a desolated area.

The resulting imagery resonate the timeless mystical aura of the arctic landscape, her difficult acces and history and future. The sun is a perfect symbol for the effects of time, climate and human activity on this pristine wilderness. We are all connected through the light of day and the dark of night. The images created in 2015 continue to take part in art shows and became the base for a musical and visual experience we can still perform today. In the performance, created in collaboration with Mark Haanstra, Oene van Geel & Raphael Vanoli, the images are translated into animation which are used as a decor for musicians.

We can record a longer period of time in one still image frame through solargraphy. The sun writes her track every day – when visible – onto the light sensitive photo paper inside a specially designed camera obscura. The arctic region is a perfect location for this as in the summertime the sun never sets below the the horizon.

Extreme long exposure photographs of nine research locations in the arctic celebrate a global science community sharing knowledge from some of the most extreme and remote places on earth. The photos are presented as an S.O.S. morse code. Scientists working at these arctic stations warn us that our times may change faster than we can handle. Facts and feelings unite us in our efforts to take care of our planet. 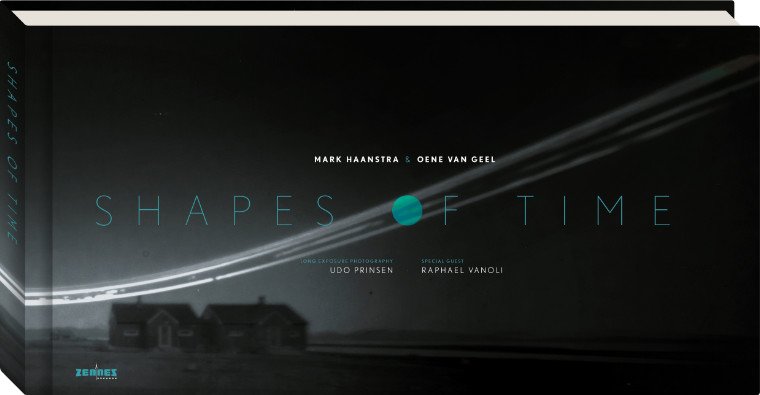 Artists Mark Haanstra & Oene van Geel created a soundtrack to each image which are combined in an art book with CD which was designed by Gerco Hiddink of Studio Hartebeest. You can find the book via this link on the web page of label Zennez Records

Shapes of time was presented at many stages in the Netherlands, Iceland and on air on the music show Vrije Geluiden of Dutch broadcast station VPRO Television. The items are listed below:

Listen to this
conversation with Marc Haanstra & Co de Kloet in the NTR radio show CoLive!
(Dutch only)

2015
In Science Film Festival, Nijmegen.
Royal Academy of the Arts, Amsterdam
The international year of the light
NWO Arctic conference

Dutch media reported on the expedition.
Mostly in dutch, some links below are in english
NOS ••• RADIO••• NEWS••• BLOGS ••• WEBSITES