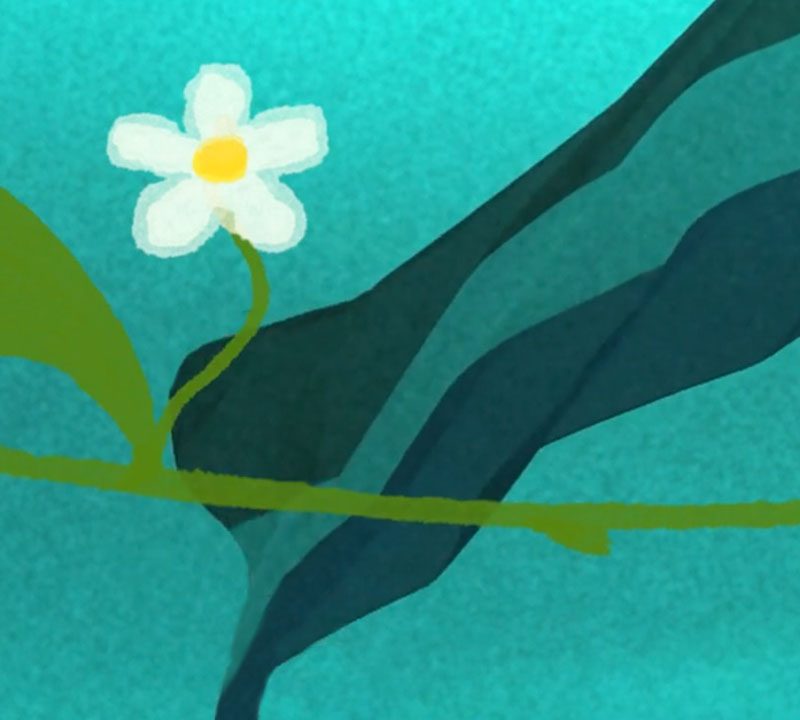 Unveiling the honorary monument for fallen soldiers and civilians after 1945.

This film was created for the unveiling of an honorary monument for fallen soldiers and civilians on duty for the Dutch military after 1945. This is an addition to the existing monument for fallen before 1945. King Willem-Alexander  of the Netherlands unveiled the monument by starting this film and bringing attention to the new list of names. As shown in the image below. The film is still used online to inform the general public about the existence and content of the monument. 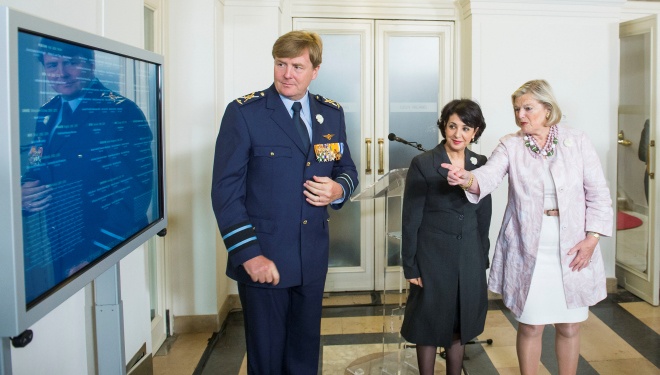 Below a translation of an article on the website of the Dutch Parliament.

“King Willem-Alexander unveiled a new monument in the House of Representatives on Veterans Day, Saturday 25 June 2016. This memorial of the States General is intended for Dutch people who died during missions and wars after World War II.

The King and the two Chamber Presidents at the unveiling of the honorary monument for fallen after 1945.
With this monument, the Dutch parliament (Senate and House of Representatives) shows its appreciation and recognition for the soldiers who served our country after 1945, often under challenging and difficult circumstances, and who risked and lost their lives. King Willem-Alexander unveiled the monument together with Second Chamber President Khadija Arib and First Chamber President Ankie Broekers-Knol.

“Building freedom of others”
In her speech, Second Chamber President Arib called the monument a symbol of great sorrow, but also of hope. “Because in the Netherlands there are people who, in complete freedom, give up part of their autonomy, with all the associated risks, to build on the freedom of others.”

6,432 military personnel
The new monument, the “List of casualties during wars and missions since World War II”, has been placed in the hall at the Binnenhof entrance 1A. The names of 6,432 soldiers who have died since World War II are searchable on a screen. In addition, the monument contains information about the wars and missions in which they served. At the same time as the monument was unveiled, a website went live with all names: www.lijstvangevallenen.nl.

Reason for new monument
The Upper and Lower Houses of the States General play an important role in the government’s decision to contribute to war zones and to peacekeeping missions, both past and present. The Dutch parliament is aware of the possible consequences for the deployed military personnel, police officers and civilian officials and for their home front.

The “Roll of Honor of the Fallen 1940-1945”, a book and screen with names of people who fell as a military or resistance fighter for the Kingdom of the Netherlands during the Second World War. This honor roll includes a website with all names.
The “Indian Plaque”, in memory of the victims of the Second World War in the former Dutch East Indies.

Veterans Day
The Presidents of the House of Representatives and the Senate were also present on Saturday 25 June 2016 at the celebration of the twelfth Dutch Veterans’ Day in The Hague. The annual Veterans Day is about recognition and appreciation for veterans, and should increase mutual understanding between Dutch society and the veterans.”