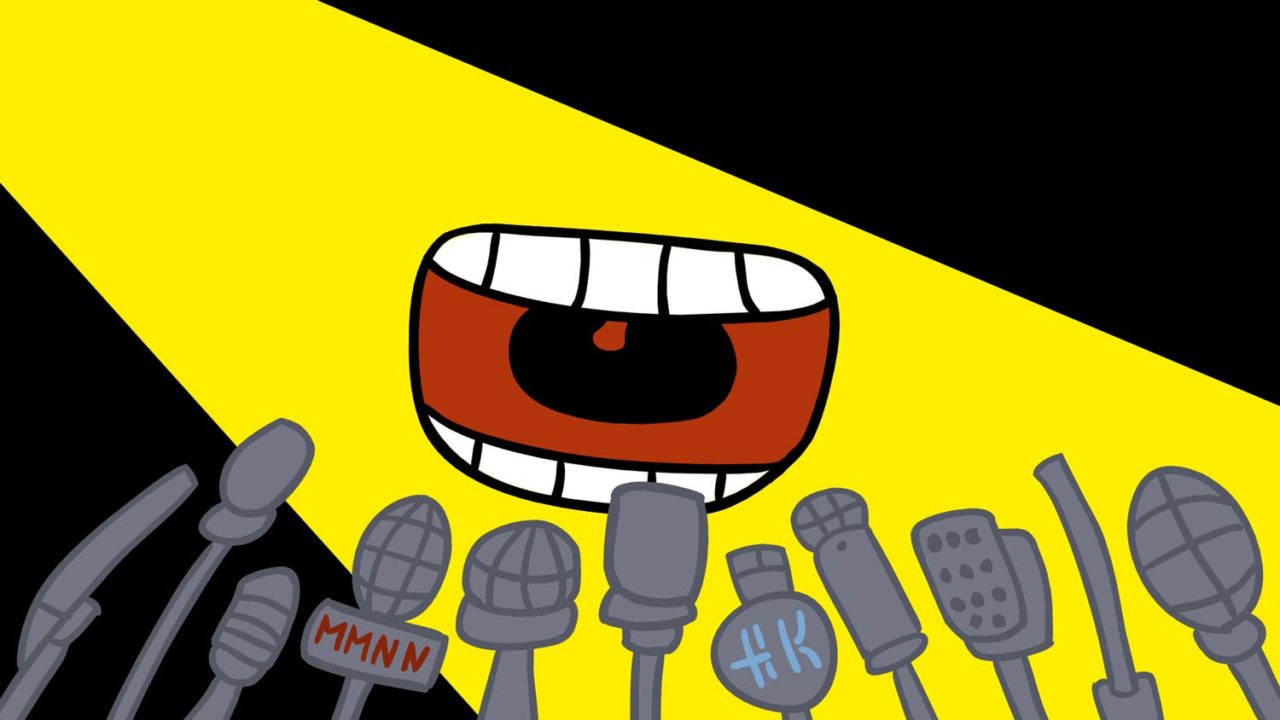 A short music video after the song from the album Passengers by Henk Kraaijeveld.

John Weijers introduced me to singer Henk Kraaijeveld (Crowfield). Henk decided his debut album Passengers needed a lively animated film to help promote the songs, and I could not agree more. His music is very suitable for lively mixed media approach.

We met up, I listened the album and very soon we were both very enthousiast about the song Machine Man.  This track is full of energy and tells the story of a great leader with a very big mouth and even bigger plans. All we need to do is follow him and all will be great.

During the song the world gets madder and madder, a great resemblance of our current times. Local and global politics are so bizar at the moment, we can hardly believe it’s real. This madness is very present in the midst of the scat session in the middle of the song.

Machine Man has a humorous tone to it, something I wanted to resonate in the film. As there was not much time we decided to work in a low budget but spontaneous way: quickly draw up a storyline, draw loose and use large areas of bright color. This helped me to work and animate fast and keep the spirit of the song alive.

After a brainstorm discussing form and story I drew up an animatic, a simplified version of the film. Like a moving comic. This helped us to create a vision and finalize loose story ends. After that it was full steam ahead, I animated the film in about 7 days time.

Then it was straight into the world, we hoped to use the Dutch elections for city counselors as a springboard for the film. It may have been a little late to jump on board that train, but it was still a good means to produce a quick and dirty cartoon animation.

Local station RTV Utrecht premiered the film for TV and after that it was distributed online.

Passengers is available on Zennez Records