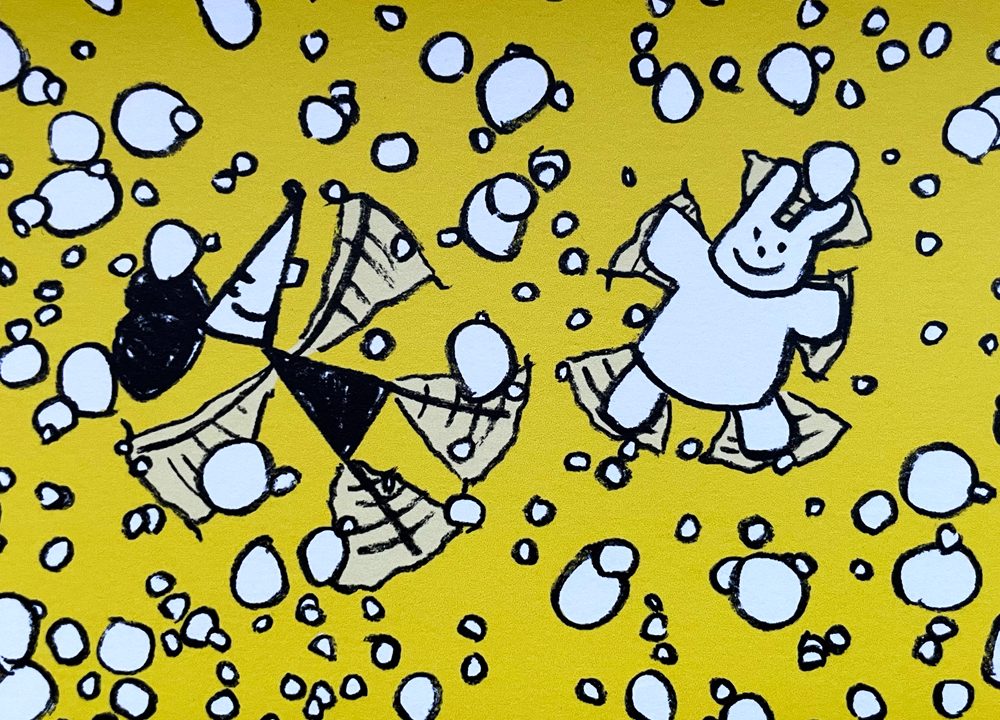 Joep (Mouse) & Hop (Rabbit) are cartoon characters who featured on their own line of greeting cards on the Dutch platform Greetz, in a comic with their cousin Raspuss for an Amsterdam based magazine called ‘Zie Oud Zuid’ and in two children’s books. In 2010 they retired on the age of 9.