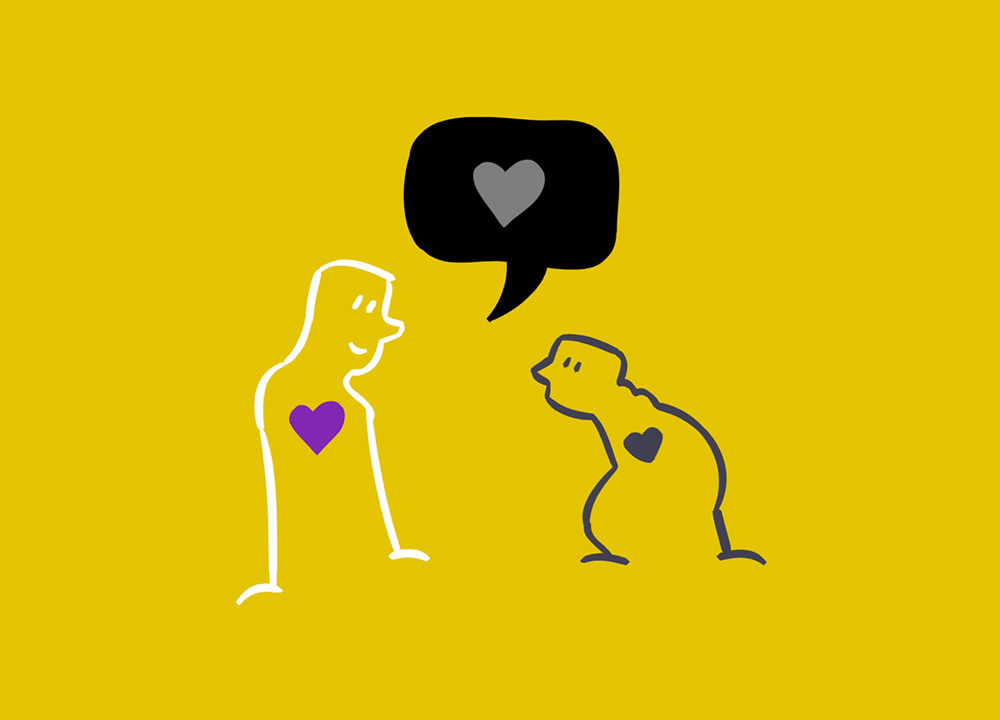 • • •
The foundation Human Rights in the Picture needed a wordless film that would tell us something about the way they use impact storytelling and at the same time create awareness for trans gender issues.

While we were talking about the creative concept we also set up a small peer group. For the second part of the assignment we thought it important to have people involved from the transgender community in order to reflect our ideas and design. This was a very sensible thing to do as our early ideas to work based on the transgender flag, the colors blue and pink, were kindly but quickly taken off the table. The focus was to be much more on character, how a person feels within and in relation to society.

HRP needs the film for use in workshops all around the world hence the challenge to work without words and make use of visual language. Animation.

The two part request was a bit of a puzzle so I suggested to take the film apart into 3 short sections that can be used seperately, but also as a group. The first part illustrates Impact Storytelling in general, the second part is about a person’s transition and the third about sharing the story of transition.

For the design there were more challenges to come. Pink and blue were out of the question as they refer too much to the traditional girl-boy routine. Gender neutrality was key. The characters could not become too elaborate as this is a small production, time and budget were limited.

While I was researching the issue I suddenly thought about the statues of Easter Island. I have always been puzzeled about their neutral looks, to me they are neither female nor male.
When I sent some test drawings, Nadja Houben and Koen Suidgeest and the peer group were immediately enthousiastic not just for the looks, but also the story behind the construction.

A funny thing happened concerning design and color. As I sent the first ideas, just thumbnails sketched onto sticky notes, Nadja called out she loved the yellow and wanted to keep it in the background. It was a surprise for me as I was still in a pre-production modus, just sketching on sticky notes. However, it set me to think that this sketching element is actually something we could incorporate in the design of the films. 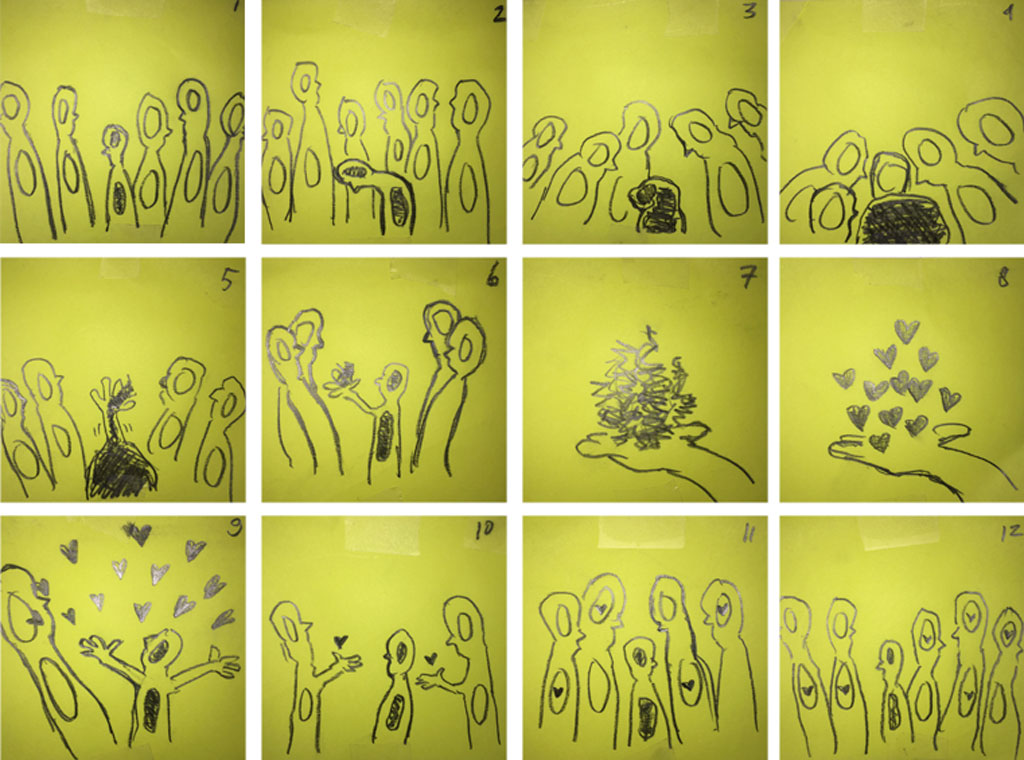 So I set to work, after storyboarding and double checks we moved on to a moving storyboard. Once the storyline ticks all the boxes, it’s usually a quick move into animation production. I was using toon boom studio in combination with after effects, which allows me to move quick and easily adjust bits when something doesn’t feel right. Below I have added a time lapse of the different fases of the production process.

A film is not finished without decent audio production so we invited Bob Kommer Sound Studio to assist us on the final touches.

Now the films are ready to go out into the open and we wish them a long life and make many people aware of the issues addressed.