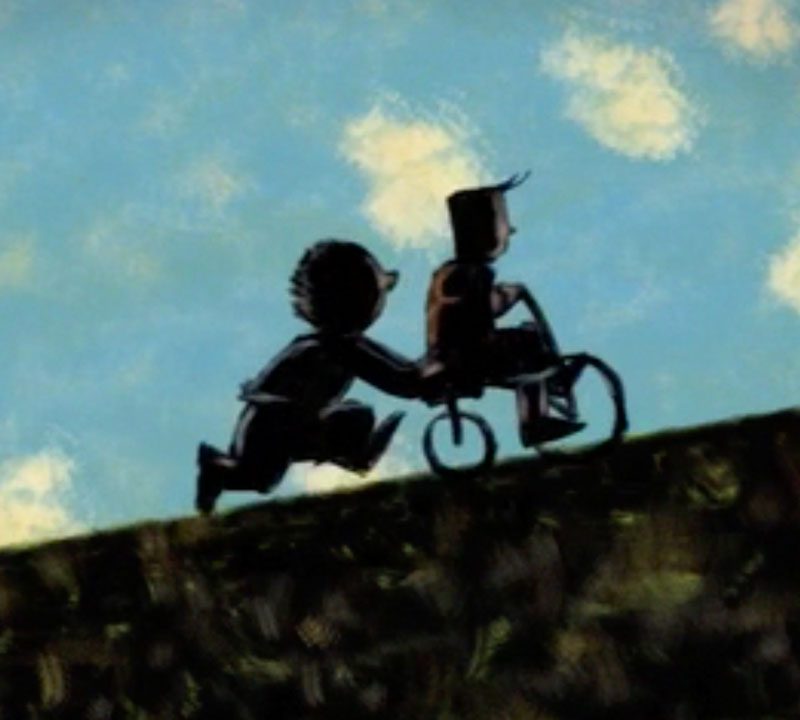 A book trailer that grew to be an independent award winning short film.

Common Side Effects was created as an artistic book trailer inspired by the book Shock of the Fall by Nathan Filer. The Dutch publisher Ambo|Anthos commissioned the work on the film as part of the promotion campaign for the dutch translation.

In the book a young man, Matt, is reflecting on his young life. A tragic accident caused the death of his younger brother, which affected him so much he needs to be taken in. This story pictures Matt writing his story and coming to terms with his feeling of guilt.

In this poetic book trailer I wanted to focus on this reflection relationship between te two you boys.  In the story, Matt compares the face of his younger brother to a moon, a symbol which I used to create atmosphere

The music track was taken from the existing song Clive Wearing, by Malcanisten. When I heard this song it touched me deeply and I found it connect with the heartbreaking story of the main character in the book. Music is always very important to me. I have always found that when you have a right match, music will take a short film to a deeper level, possibly connecting with a large audience and taking the story much further than you could expect. This match was a good one, it brought the book trailer to the level of an artistic independent short film.

An artistic book trailer can help bring a novel to a broader cultural spectrum. For the short term a film helps promote a book via online media and can be integrated with reviews, articles and online sales. Our approach was to create an independent poetic film that would work in the long term as well. A short film can be present in the public domain for a longer time and continue to help build an audience for one book in particular or  the career of an author. Next to entering the film in festival competitions it was was also broadcasted on television in the Netherlands.