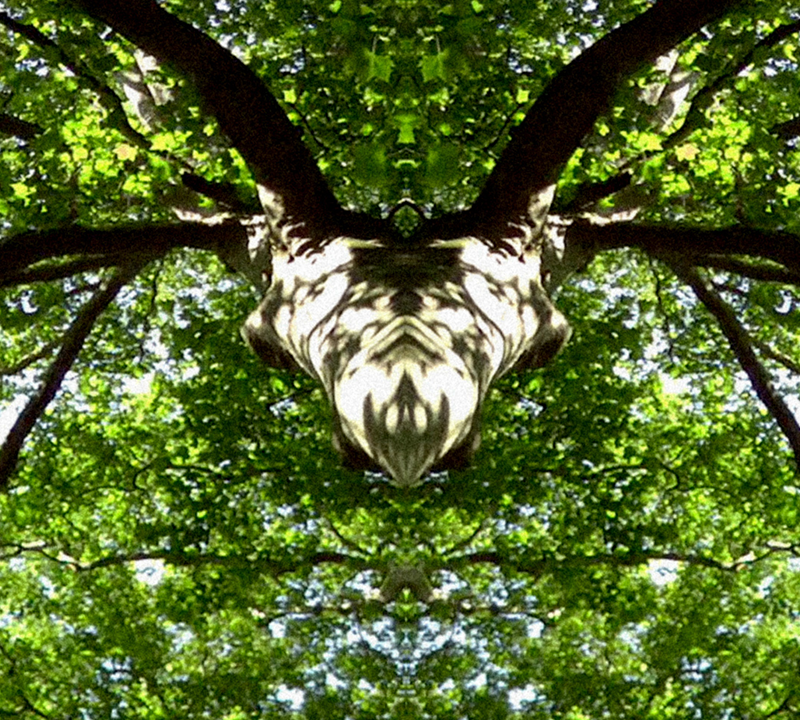 Three wonderful old trees in Utrecht inspired me to make this video object. I felt it did not need to be very complicated, I just wanted to make a small experience celebrating nature and the sun passing by. The city of Utrecht was very supportive to this idea. It might have to do with it’s ‘green agenda’ and there is one thing I really like and that is their big data base of trees. In an online map you can find each tree in the city, it’s type, age, when it was planted and sometimes a small extra story. It is great to see how a city celebrates it’s nature and connect it’s inhabitants in a playful manner.

I went out to look for three epic old trees and found a Ginkgo in the University Museum’s Botanical garden, a Beech tree on a roundabout and the typical Utrecht plane trees near the observatory. I created time lapses of the sun passing through the summer leaves in order to bring about a combined feeling of rapid change in a relaxed atmosphere.

The film itself was not so complicated, but I still had to figure out the best way tor project the film ont a suitable object.

When the summer was over I collected material that fell of the trees. Leaves of the Ginkgo tree,
nuts of the beech and bark of the plane trees. I painted all of these left overs white and had 3 similar transparant containers made which I filled up with the three types of material. This way I had a very suitable triple screen for the presentation of my triptych film.

Temo Gonzalez Moreno created the audiodesign for this art piece. I feel that Temo naturally understands what suits some of my films. His ideas are very original and add a lot to the work. Temo went to the three locations of where the trees were standing and made field recordings. He mixed these with musical elements and found interesting loops and sounds that connect the video to an otherworldly nature. if you listen well, you can even here the sound of the famous Utrecht Dom tower.

The video triptych Beginnings premiered during an exhibit in the Art Traverse in the city hall of de Bilt. Later that year it was on display in the University museum in Utrecht, very close to where the original Ginkgo is standing.